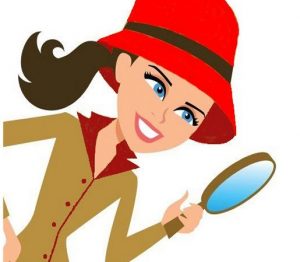 What exactly is Mystery on Main Street? Mystery on Main Street (MoMS) is a new interactive “whodunit” game for mobile phones made freely downloadable through the Apple App Store and Google Play. Each “gameplay” takes players to local and neighborhood merchants (e.g.: shops, eateries, events, etc.) to receive clues and solve a mystery while promoting local business. Clues are provided through the app several minutes after the player is within these locations. The first player to solve the mystery receives a valuable prize.

What’s a “gameplay”? A gameplay is the time period for each game. A player arrives at a location and makes a statement such as “I know x is missing” into their mobile phone or AR glasses. Clues will appear in the app to pick from. Once chosen, an in-app character replies. Players then wait a few minutes in the location before the result is disclosed. If the choice is incorrect, the player can make another at another location. If correct, the player must wait twelve hours before they can make another guess. This continues until the mystery is solved.

Seems like a kids game. Data for the most successful similar mobile game reveals the average player is a 26 y/o woman making US$90k per year, the best player is 70, and group players range from 16 to over 60. In other words, this is not a kid’s game. Think of this as Groupon meets scavenger hunt meet Pokémon Go, but players and participating merchants mutually gain with no membership or subscription required. Definitely not a kids game.

Won’t this just attract a bunch of people that just want to play a game and not really buy anything? Gameplay participants will typically be dozens of  merchants of all types offering a variety of products and services. If a player chooses a particular location to visit, chances are it’s to discover what they have.

How long does the game last? Gameplays can be engineered to continue for an approximate predetermined time. For example, a weekend or weeklong event in a shopping district or maybe a month long festivity. Games can also be themed to coincide with local history, seasonal or holiday events and similar.

How is a winner determined? Once all the guesses are correctly made by a player, the winner is declared and that gameplay ends automatically, notifying all the other players. The winner receives a TBD valuable prize(s) for solving the mystery. A default feature will notify all game players worldwide as well as indicating the prize.

What’s the valuable prize(s)? Cash! Prizes depend on the number of participating merchants. More merchants, more money! Merchants are also strongly encouraged to offer purchase discounts, coupons and free samples to players. Plus, every time a player completes a gameplay, their player level rises and they’ll automatically receive MoMS merchandise such as (level color) shirts, mugs, and even a cool Sherlock Holmes style magnifying glass to give them the edge on the next mystery!

What’s in it for the merchant? Clues are available a few minutes after the player is within the location and interference with employees routines isn’t necessary. This encourages players to browse within these locations as a core function of completing the game. Participating locations are viewable worldwide in the app’s map but the clue is only viewable within the location, and only within a small window of time. This motivates impulse buying and return shopping.

Are you using tracking technology? Tracking will only be used while the game is being played, partly because it relies on GPS technology to provide the clues once you are inside a location. We do not sell user information, we do not continually track, and no membership or subscription is required. Your email is safe! MoMS uses advanced technologies including augmented reality (AR) and artificial intelligence (AI), providing a higher level of excitement and appeal. Bluetooth for brand and product promotion is on the roadmap.

So, I bring up the app map, see a gameplay nearby, and go play? Yep, it’s that easy. Participating locations are listed and displayed with an image, address, phone number and brief description within the app’s map. In addition to our in-house promotion activities, we’ll jointly work with the merchant to increase the value of our initiatives for their benefit. Merchants will receive an 8”x11” co-branded printable window display poster to make it easier for players and encourage walk-ins.

Who do I call if I have a problem? The app is self-sufficient and step by step, so there shouldn’t be any issues the user can’t resolve. This said, we’ll have a toll-free number available during gameplays. We also plan on having a local “ambassador” in every community dedicated to merchant service.

Hmm! do you happen to need ambassadors? As a matter of fact, we do! Local ambassadors not only represent MoMS and meet with merchants, but they’ll have an opportunity to “own” the market and actually, many other markets too, while making a whole lot of moolah in the process! The more merchants they recruit, the greater the chance to expand. The more they expand, the more money they make.

For more information about Mystery on Main Street, contact us directly at: